Dreams are a product of our unconscious mind and imagination. To pay too much attention to them is foolhardy. The inspired writer Sirach wrote “dreams give wings to fools.” (Sir. 34:1) But, not all dreams are created equal. Some dreams are more than just unconscious renderings of our conscious lives. In some rare cases, dreams are inspired visions from heaven. Mary and Joseph were “warned in a dream” not to return to Herod. The wife of Pilate warned him to release Jesus “for I have suffered much over him today in a dream.” It is of this latter version, that of prophetic dreams, that filled the life of St. John Bosco. The Forty Dreams of St. John Bosco details some of these dream-visions that he experienced.

St. John Bosco was an Italian priest who lived in the 19th century helping and educating youth, particularly disadvantaged young boys. Many of the vision-like dreams revolved around the state of the boys’ souls in his Oratory. The dreams often involved the boys with weapons in fierce battles against gruesome animals and beasts. The weapons were metaphors for the sacraments and devotions, while the animals and beasts were various sins and vices. The dreams were a sublime rendering of our internal struggles between virtue and vice, innocence and sin, heaven and hell. The prophetic nature of the dreams revealed the actual state of the boys’ souls. They also revealed the hidden spiritual realities of the Catholic faith. These remain completely relevant to us too. Imagine if St. John Bosco were still alive today, how troubled would his dreams be by the state of our souls?

One of the prototypical dream-visions St. John Bosco had concerned “The Snake and the Rosary.” In it, he and the boys were in a meadow where a stranger took him to see “a huge, ugly snake, over twenty feet long.” The stranger impelled him to dangle a rope over the snake, which he was quite hesitant to do out of fear. He finally agreed to hold the rope over the menacing snake, and the snake leaped up and “ensnared itself as in a noose.” The snake then furiously writhed to free itself but ended up tearing itself to pieces. The stranger then took the rope and put it in a box saying “watch carefully.” Then, opening the box he saw the rope had taken the shape of the words “Ave Maria” or “Hail Mary.” The man then explained to him that the snake is a symbol of the devil and the Ave Maria rope stands for the Rosary – with which “we can strike, conquer, and destroy all of hell’s demons.”

The dream, however, was not done. In the second part of the dream, the boys of the Oratory were now congregated around the remnants of flesh from the snake. Then, against St. John Bosco’s protests that it was poisonous, some of the boys began to pick up the snake flesh and eat it saying, “It’s delicious!” They promptly crumpled to the ground, with their bodies swelled and hardened like stone. The saint tried vigorously to keep them from eating the meat but they just kept eating it. He questioned the stranger why do they keep eating the meat even though it will kill them? The stranger replied, “Because the sensual man does not perceive the things that are of God!” He pleaded to the stranger that there must be some way to save them. To which, the stranger said there is, by “anvil and hammer.” St. John Bosco then put the boys on an anvil and hit them with a hammer. With that, most of the boys were “restored to life and recovered.” The stranger then explained to him that the anvil and hammer are symbols respectively for Holy Communion and Confession. By Confession we strike away at sin, and by Holy Communion we are sustained.

St. John Bosco constantly stressed this theme, “Frequent and sincere Confession, frequent and devout Communion.” This was reflected in many dreams. For example, in another dream, the boys fought with two-pronged pitchforks against ferocious animals. He was shown that the two-prongs symbolized a “good Confession and a good Communion.” In yet another terrifying dream, St. John Bosco saw boys running down a road and being caught in traps and pulled into hell. God, however, left implements next to the traps so the boys could cut themselves free. There were two swords symbolizing a “devotion to the Blessed Sacrament – especially through frequent Holy Communion – and to the Blessed Virgin.” There was also a hammer “symbolizing Confession,” and knives symbolizing devotions to St. Joseph and various saints.

In perhaps his most famous dream, he saw a large ship, representing the Church, in a violent storm and under attack. The Pope guided the ship to two large columns, at which, the ship docked and was saved. On the one column was a statue of the Virgin Mary with the title “the Help of Christians;” and, at the top of the other larger column was a Eucharist Host entitled “the Salvation of the Faithful.” St. John Bosco explained: “Only two means are left to save her amidst the confusion: Devotion to Mary Most Holy and frequent Communion.”

In our modernist era besieged by materialist confusion, the dreams of St. John Bosco are all the more urgent. The attacks are particularly diabolical against young people, seducing them to believe that there is no God or absolute morality, and no eternal consequences. Anything goes! The devil lies hidden before our secular eyes. This makes the risk of succumbing to mortal sin, and potentially damnation, all the more terrifyingly ominous. Sadly, as the percentage of Catholics decrease, the number of those without religious affiliation expands (the so-called “rise of the nones”). If youth were so imperiled in the 19th century, how much more endangered are souls in the 21st century with the falling away en masse from the Church, the unmooring of morality, particularly in sexual promiscuity of all sorts, and so much more. The monsters of St. John Bosco’s dreams are running wild today.

The Church, however, is here to aid us in the battle. It is our field hospital, present on the battlefield to heal our wounds and save our souls. She helps us grow in virtue and slay the beasts. The saint’s solution for us was simple: innocence preserved in penance. He said one good Confession could restore us to our title “of Son of God.” As the dreams of St. John Bosco reveal, our salvation is found in prayer, frequent Confession and Communion, Adoration, and recourse to Mary and the Rosary. 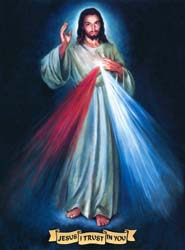